You might have come across an odd but common situation where you want to sit in the overworld of Minecraft, but you find yourself lacking the option to do so. For some reason, vanilla Minecraft does not allow you to sit at all outside of specific instances.

Luckily, you can use various mods that allow you to sit. One of the more prominent mods, Sit, allows you to sit in specific blocks (i.e. slabs, blocks, and one-half of a bed) by simply right-clicking on that block with an empty hand. Simply press Shift and you’ll be up right away. 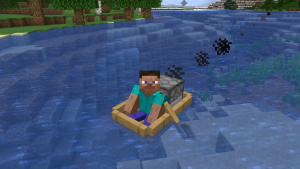 In the base game, sitting is not a voluntary command that your character can perform. Instead, it’s a mechanic that is limited to specific actions. Your character will go in a sitting position once you ride a boat or a minecart.

Riding the animals that you can use for transportation can also put your character in a sitting position. These animals are pig, horse, skeleton horse, donkey, mule, llama, or a strider.

Despite this, you can actually command some pets to sit. Wolves, parrots, and cats can sit if you can right-click on them. During this state, they will not follow you around, staying in place until they are forced to stand by some circumstances (i.e. getting attacked).

Even more surprising is that other humanoid mobs are actually capable of going into the sitting positions. Zombies, husks, drowned, skeletons, strays, wither skeletons, illagers (vindicators, pillagers, evokers, illusioners‌), among others, have their own sitting position, albeit fairly similar to the character sitting position.

Of course, Minecraft was built with community-driven expansions in mind, so you can rely on the community to solve this quite unassuming pet peeve. Sit, a mod developed by bl4ckscor3, allows you to do just that: sit. Albeit a bit limited than what you might want, the mod can be plenty enough for most cases. 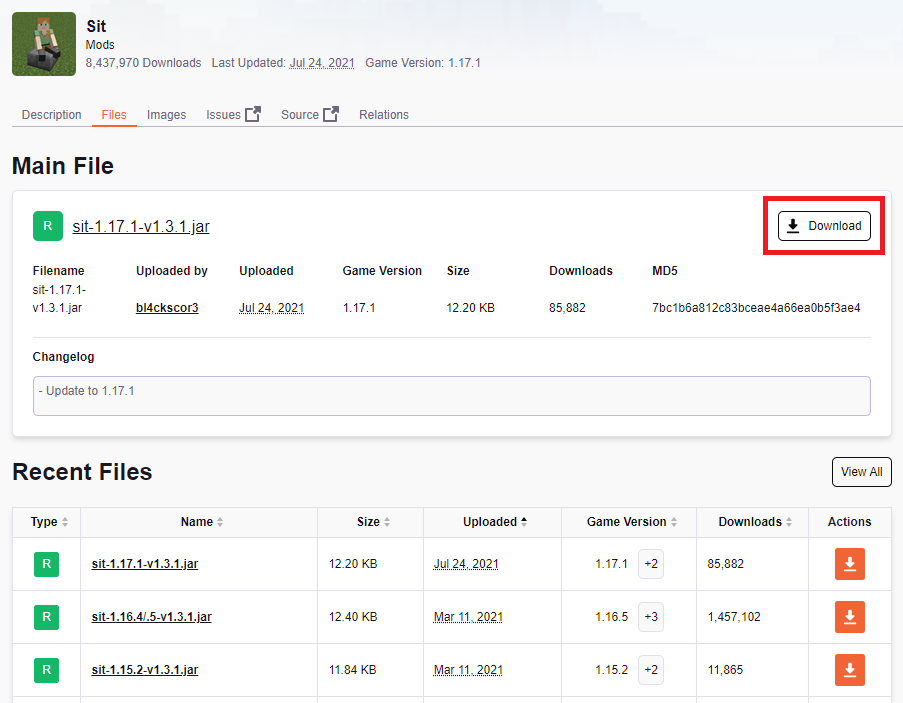 To install the mod, you will need to download it from here for Forge or here for Fabric. Navigate to the “Files” tab and download the corresponding version of your Minecraft installation.

For this guide, we’ll only be focusing on Sit for Forge. Hence, make sure that you have Minecraft Forge installed.

Launch Minecraft, then select “Mods” from the main menu. That should lead you to a screen showing your loaded mods.

From there, click the “Open Mods Folder.” This will open a folder in your computer which will contain your Minecraft mods.

Copy your downloaded Sit mod file to the mods folder.

Restart Minecraft. When you check back on your mods, you should have the mod installed already. 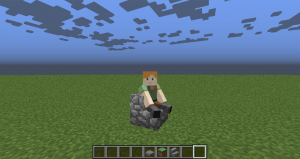 To use the mod, simply right-click on supported blocks, which include only slab blocks, stair blocks, and one-half of a bed block, and your character will immediately situate itself on the block and sit. You need to be holding nothing in your hand to be able to perform the action.

To stand back up and leave the sitting position, easily press the Shift button or the button which you use to exit a minecart if you changed your hotkeys.

You have to note, however, that this mod is purely aesthetic. Sitting down does not provide any gameplay purpose, unfortunately, but it would have been nice to include some sort of increased health regeneration, for example. 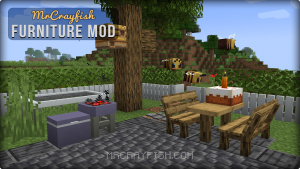 Another mod that allows you to sit is MrCrayfish’s Furniture Mod. Unlike the previous mod, this one is actually a mod that adds over 80 unique craftable furniture pieces. Among those pieces, you can perform a sitting action on some of them.

Similar to how you installed the Sit mod, you will need to download MrCrayfish’s Furniture Mod from here. Go to the “Files” tab and download the relevant version of the mod.

Follow the same steps as the one from before. Check if the mod is installed by going to “Mods” and confirming that MrCrayfish’s Furniture Mod is there.

In your world, prepare the needed items for crafting a chair. The recipe for wooden chairs calls for four logs and two planks of the same type. 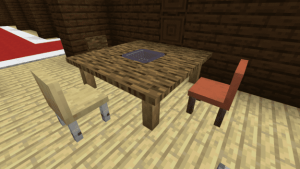 Take the chair and place it anywhere you’d like. To sit on it, simply right-click on the chair.

You Can Finally Sit!

It is quite odd that Minecraft does not support sitting, one of the most basic human actions, in the base game. Perhaps it is to encourage adventuring across the open world. However, it’s not a bad idea to stop once in a while and take a rest. These mods also give you the required flexibility that lets you take poses for your next pictorial or just interact with the world together with your friends.