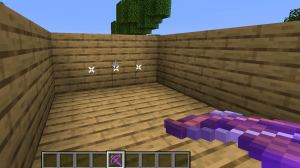 Multishot is one of the three crossbow enchantments that you can get in the base Minecraft game. You can only get one enchantment level with it, allowing you to shoot three arrows instead of one in a single shot. If you are interested in using your crossbow to clear out mobs in the world, Multishot is your best enchantment, as it improves your DPS drastically by being able to hit multiple targets at once. 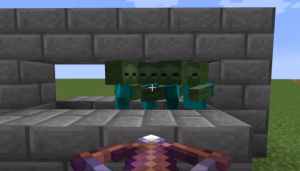 The advantages of Multishot are as clear as day: being able to fire three arrows is simply better than one in a single shot. One arrow shoots directly in front of you, while another one is released from each side, angled around 10 degrees away from the center. With a good aim, you can hit three mobs at once, which is a massive advantage when you’re being surrounded by a lot of them.

Another upside of Multishot is its ammo efficiency. Despite releasing three arrows, the enchantment only consumes one arrow from your inventory per shot. In the survival mode, when you’re strapped for resources while exploring, it allows you to fire more shots all the while hitting more per shot. The enchantment is also compatible with other ammos, like firework rockets, which makes the enchantment even better.

A small advantage that you can also have with Multishot is that it works well with another crossbow enchantment, Quick Charge. Since Quick Charge decreases the reload time for your crossbow, it would allow you to fire as many multi-shots as you can. The Quick Charge enhancement empowers your Multishot even further, letting you get as much value as you can with your crossbow.

Unfortunately, you’re not getting this great deal with nothing in return, as the enchantment does come with its own caveats. One of them is the inability to hit a single monster more than once with a Multishot-enchanted crossbow. Although you can position yourself very close to a mob so that they will get hit by the three arrows from your crossbow, the mob will only take damage from one arrow. 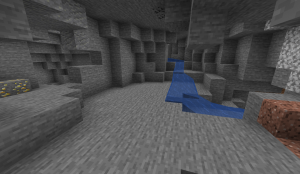 Another disadvantage is that Multishot is not very good when you’re planning to do spelunking. Since spelunking involves going through tight spaces, Multishot, which spreads out the shots, doesn’t offer much as the extra two shots would simply get stuck at the walls.

Additionally, the resources you save up in using up only one arrow per shot is offset by a greater reduction in the crossbow’s durability. In exchange for consuming only one arrow, each shot of a Multishot-enchanted crossbow reduces its durability by three points instead of one. To compensate for this, we recommend using the Unbreaking and Mending enchantments together with the Multishot.

It’s also a lost benefit that you can only pick up one arrow out of the three that you shot. Perhaps this was done to balance the enchantment so that people will not use it to artificially manufacture extra arrows. The only arrow that you can pick is the one from the middle. 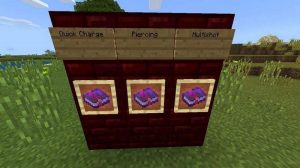 Having only one enchantment level can also be considered a bit of a disadvantage, as you can’t empower your crossbow to hit more than the maximum of three enemies. Being able to increase the enchantment level could theoretically enable you to handle a larger number of mobs comfortably. However, the base game does not allow you to get that. 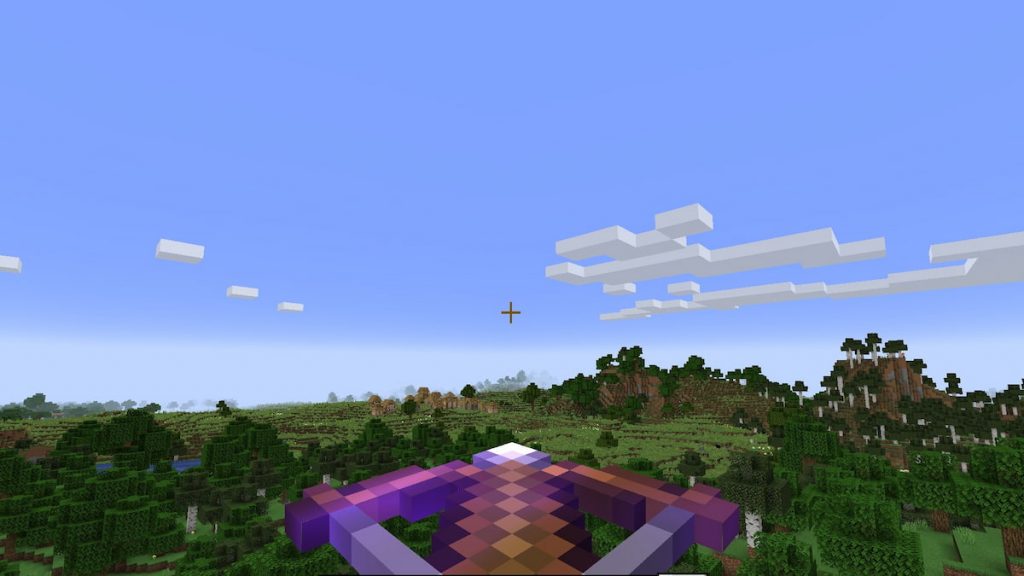 If you find yourself fighting a lot of mobs a lot of times, the Multishot enchantment can more than just serve you well. It can carry you throughout all the fighting while adventuring across the overworld. However, the enchantment can struggle to find a good use outside of fighting mobs that are specifically spread out. It doesn’t help that Multishot becomes next to powerless when you are in a 1v1 situation, maybe in PvP worlds.

Despite all these, Multishot serves a clear purpose of helping you out against mobs. Plus, the ability of being able to shoot a lot of arrows in a single shot can drastically improve your damage efficiency when used in the right conditions.

Related Topics:
Does Silk Touch Work on Spawners
What is Impaling in Minecraft
How To Repair A Trident