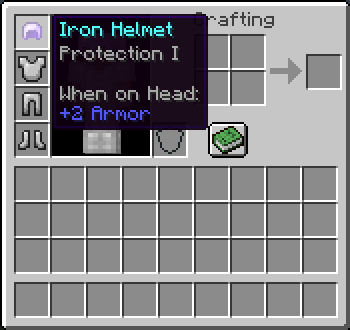 Iron Helmet with Protection I 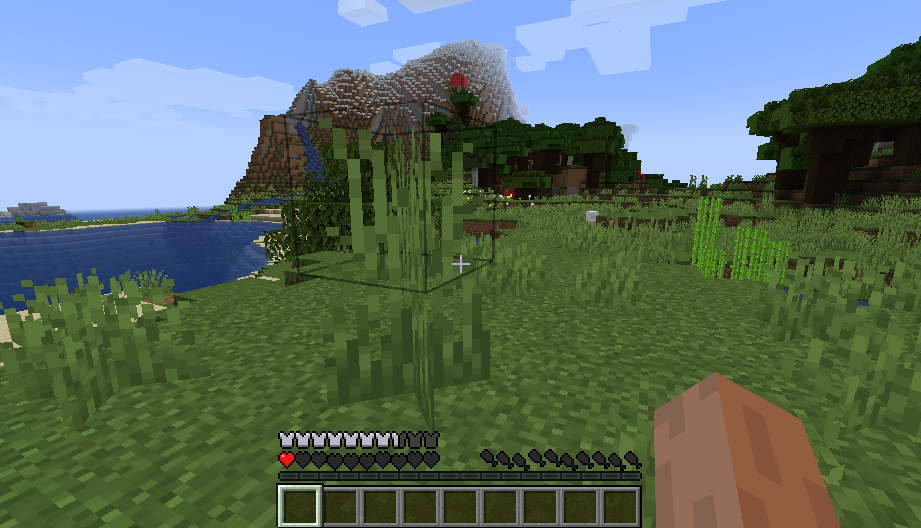 Damage from hunger is not mitigated by the Protection enchantment. 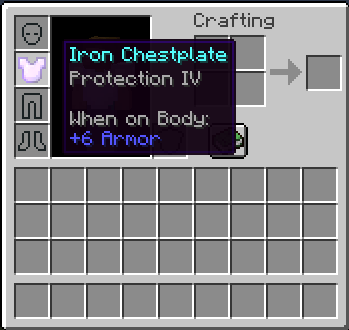 The Math Behind Damage Mitigation 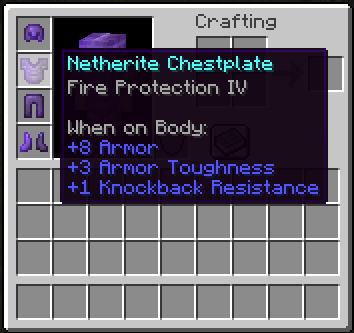 Of course, having only Protection IV can also be great, giving you 64% damage reduction from most damage sources. In Bedrock Edition, you can even reach the maximum damage reduction of 80% with it. 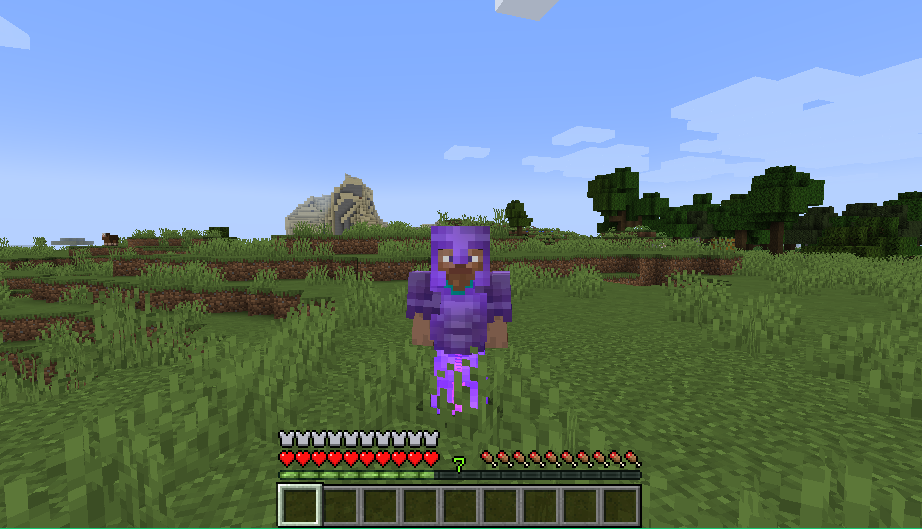 To know your total damage mitigation, you will also have to consider armor. The theoretical maximum damage reduction that netherite armor, currently the armor set with the highest defense, provides is 80%, at 20 armor points. Although diamond armor also gives you 20 armor points, another attribute, called toughness, is included in the damage calculations for Java Edition. Only netherite armor provides the maximum damage reduction from armor for both editions.

Since damage reduction stacks multiplicatively, and not additively, you can’t reach 100% damage mitigation in the game. Assuming you have a full netherite armor, equating to 20 armor points, your armor pieces reduce 80% of the incoming damage. With Protection IV on all pieces, the remaining 20% is further reduced by 64%/80% (Java Edition/Bedrock Edition). Hence, the theoretical maximum damage reduction that you can gain from armor pieces is 92.8%/96% (Java Edition/Bedrock Edition). Here’s the quick math for the Java Edition:

The Protection enchantment is one of five enchantments that you can put on your armor and reduce the damage dealt to you. Four of these enchantments (except for Feather Falling) do not stack in a single armor piece (unless placed using commands), but their effects across armor pieces stack together. 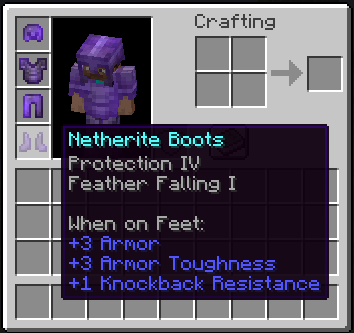 Most of these other protection enchantments are also named according to the damage they mitigate.

What is Impaling in Minecraft
How to kill Enderman
What Does Quick Charge Do in Minecraft?